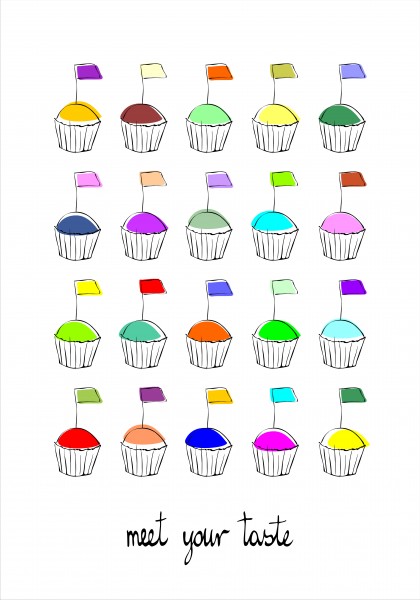 Today, it is often difficult to ensure food safety, which means the quality and the sustainability in the production and in the sale of food. At the same time finding the right balance between agriculture and natural resources is extremely complex.

WE MUST PROMOTE A BEHAVIOURAL CHANGE THROUGH NUTRITION EDUCATION AND INFORMATION CAMPAIGNS. THERE IS AN URGENT DEMAND FOR CHANGING THE FOOD SYSTEM TO ENSURE BETTER NUTRITION.

The new food system we must pursue is a system in which food becomes a renewable matter, where the resources go from one usage to another without waste and maintaining a close link with the people and the territory.

The 2013-2014 edition of Posterheroes is part of a two-year project focused on Systemic Food, which aims at investigating the theme of food in its social, environmental and economic nature.

Economic development and the changes of lifestyle towards a sedentary and urbanised society, led to a radical change in the food habits. This phenomenon, called the nutrition transition, together with the loss of the culinary traditions and the demand for low-cost products has led to a standardization of food and the loss of the concept of quality .

The consequences of these changes are both environmental and ethical and we have to face conflicting challenges: on the one hand the problem of overweight and obesity, on the other the reality of increasing malnutrition. The information campaigns and the nutritional education are promoting the change towards a sustainable development among the consumers, because each of us is directly involved and influenced by production system. Today it is necessary to renew the way in which the food theme is addressed starting from our choices.

How can the consumer change the food system?

What choices the citizens are called to do? These questions are declined in four different aspects, with a common social impact.

THE CHALLENGE OF BIODIVERSITY